We had a Pray Over Broadway Live prayer over the Cort Theatre on the National Day of Prayer, but we prayed over it again today, now that it's been renovated and re-named the James Earl Jones Theatre. Though Jones is known better for his role as the voice of Darth Vader, he has 21 Broadway credits. Patricia Mauceri, who was interviewed by BJ Arnett for BJA Today at the Christ Over Career National Kickoff last month, performed with him in Othello.
Join us next month in Houston on November 11-12.
Click the photo below to join us in prayer: 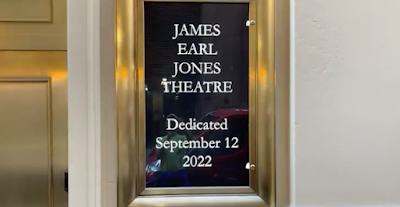