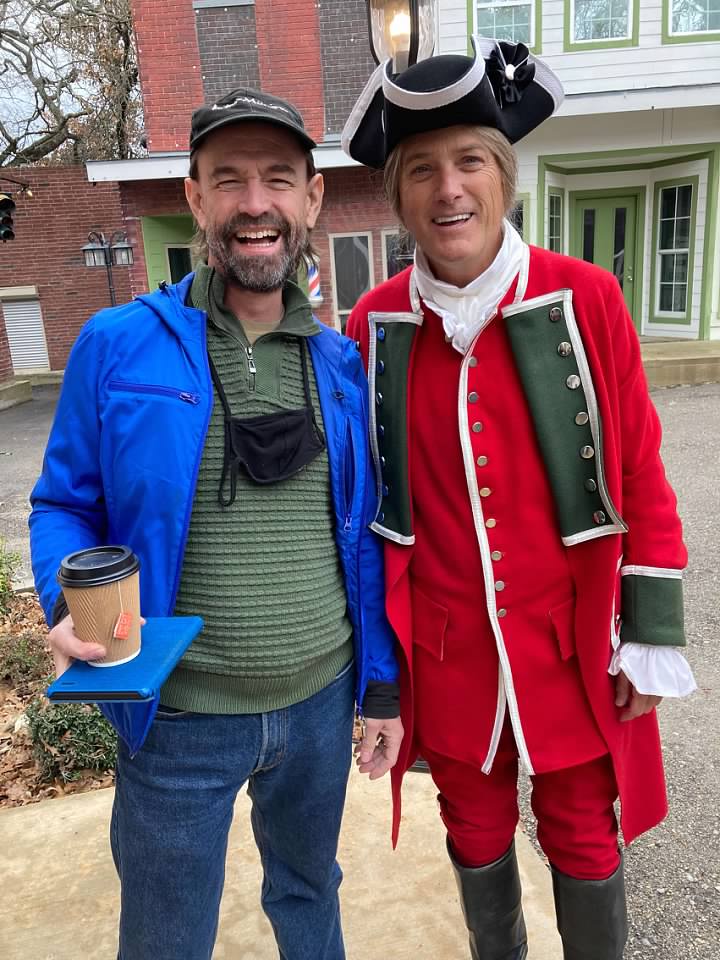 On this interview on BJA Today BJ Arnett sits with Tammy Lane, the producer and director of Washington's Armor, Tyler Smith, who composed music for the trio of films, and Michael W. Smith, who plays Lt. Colonel James Innes and speaks favorably of me as his accent coach. Praise the Lord! It was a real blessing working with him on that.
The first film in the series, The Journey, will be released on Presidents’ Day, February 21st. It will be streaming on NTD News and The Epoch Times!
><><><