A prayer of my heart from about 1994 was answered last night.
When I was a boy Mom read The Cross and the Switchblade to us. If you're not familiar with that title, it tells the story of how David Wilkerson felt called by the Lord to leave his rural surroundings and go to New York City to minister among gang members. It was quite dramatic and captured my imagination.
When the Lord called me from my rural setting to New York City in 1993, shortly after discovering that David Wilkerson had founded Times Square Church I attended one of their services. I walked into the Mark Hellinger Theatre, where they meet, and I prayed that one day I'd get to be a part of one of their productions. Last night I performed in their post-apocalyptic Passion project, Three Days Later. I play Xavier, the third person to accuse Peter of knowing the Lord.
I give the Lord the glory for answering this prayer so many decades later... but right on time.
Three Days Later will be released on Good Friday (Part One), and on Easter (Part Two) on www.TSC.NYC.
><><><

I got to I got to perform in the upcoming series Washington's Armor and I was also their dialect coach.
The series shows the many ways young George Washington's life was preserved, and how he had a sense that the Lord was protecting him for something important. 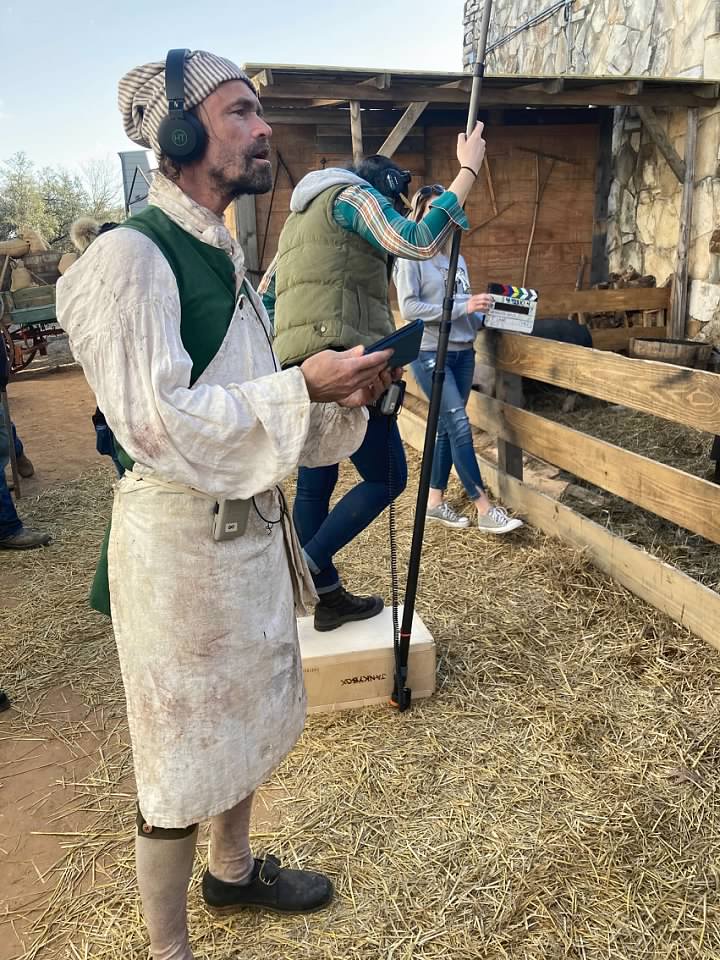 About six months later, on August 17, 1945, seven paratroopers were dropped from a B-24 Liberator nicknamed "The Armored Angel." Mary told her recollections from her childhood of those heroes rescuing them. They were ecstatic! They burst the gate and met them before they could get to the camp. That Salvation Army band played a medley of all the Allied nations. Since they didn't know who their liberators might be, they practiced them all... playing the second and third parts only. Those playing the melody only fingered their instruments so their captors wouldn't know what they were playing!
As an adult Mary hunted down all seven of the paratroopers to thank them. She called them their angels. I got to interview one of them, Tad Nagaki, who was in his 90s at the time. After the interview he climbed on his tractor and got back to work: angelic fortitude!

Beyond the Chariots ends with Liddell whispering, "Complete surrender," but then it shows what few know happened after he slipped into that coma. You can watch my performance of it in Singapore (www.RichDrama.com/BtC). I didn't add his final sprint down the hallway until two years after that performance, when I brought it to London during the 2012 Olympics, but you will see him watch the angels descend.
After all the years I've run in Uncle Eric's shoes by portraying him in dozens of nations, I had never thought of him as an intercessor, but he certainly was! When he checked into the hospital, he gave his running shoes to a young man named Stephen Metcalf. Earlier, he was challenged by Uncle Eric when he pointed out that they should be praying for the Japanese. In his book Disciplines of the Christian Life, Eric pointed out that the Sermon on the Mount seems upside down when you first look at it, but after examining it, you realize that the world is upside down. He drew often from the right-side-up Sermon on the Mount, including that day when he quoted Matthew 5:44: "...Love your enemies and pray for those who persecute you..." To Stephen, praying for those who were depriving him of his freedom was an upside down concept, but he prayed anyway. He didn't notice a sudden change in the guards, but he did notice a change in his attitude toward them.
Stephen Metcalf went on to be a missionary to Japan for about forty years.
I encourage you to take a moment now to pray for our enemies, and pray for athletes and other celebrities to come into Salvation and articulate the Lord's truths to their fans.
><><><

On the first night of Content2020 Film Festival & Media Summit I "happened" to sit next to Ashley Strand, and we discovered that we both perform one-man plays.
He had just started performing The Book of Mark, inspired by Alec McCowan, who I'd seen perform it at The Lamb's Theatre in the 90s. Then the lockdowns canceled many of his bookings, so he used his unique apartment as his stage and recorded it... all of it... in a single take!
Joyce and I watched it last night and just loved it! It's absolutely brilliant! The thoughtful use of the space with actor and camera (by Katherine Carr, who co-directed with Ashley) was mesmerizing.
You can watch for free with commercials, rent or buy it at www.KingJamesLive.org.
Here's the trailer, which you can watch by clicking the arrow below, or if you're getting this in an email, visit www.Blog.RichDrama.com:

The Gospel According to Mark from ASHLEY STRAND on Vimeo.

Here's a really fun piece he put together, exposing many of the phrases we quote today from the King James Bible:

Quoting the King James Bible from ASHLEY STRAND on Vimeo.

Abraham and the Covenant Keeper

Trevor the Treasure Seeker and his actor explore the story of Abraham for the children of Westchester Chapel.
Click the arrow below, or if you're getting this through an email, visit www.RichDrama.com/TreasureSeekers.
Here's a great video about covenant, and it mentions Abraham's covenant with the Lord:
The sketch "The Covenant Keeper" is from my one-man play Views of the Manger.
I helped the actors develop "Father Abraham Had Many Faith-filled Moments" through sociodrama for the Winona Lake Brethren Church. For more on sociodrama visit www.RichDrama.com/Workshops www.RichDrama.com
><><><

Is Jesus Your King? 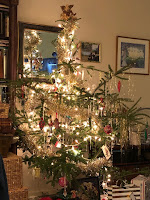 This morning at Westchester Chapel, Joyce taught on Matthew 2 about Jesus the King of His People and prays that each person would be willing to let the Lord remove sin and demonic spirits from them so that they can recognize Jesus at work in the world and be prepared for His Second Coming.
She mentions the Swingle Christmas tree and manger scene, both pictured here. 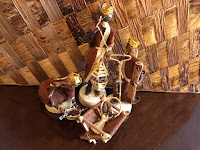 She also mentions a Wednesday night Bible study by Rebekah W. and one by Pastor Randy Solomon, as well as last week's message by Pastor Jim Warren. I pray over the message and the offering.
Click the arrows below, or if you're reading this in an email you can click this link, to play the service:
Joyce's message reminded me of a documentary we saw years ago that illuminates modern astronomical studies which show what the magi saw:
This service is available for download free on iTunes, where you can also subscribe to our podcast. Search for "Westchester Chapel" on the iTunes Store.
><><>< 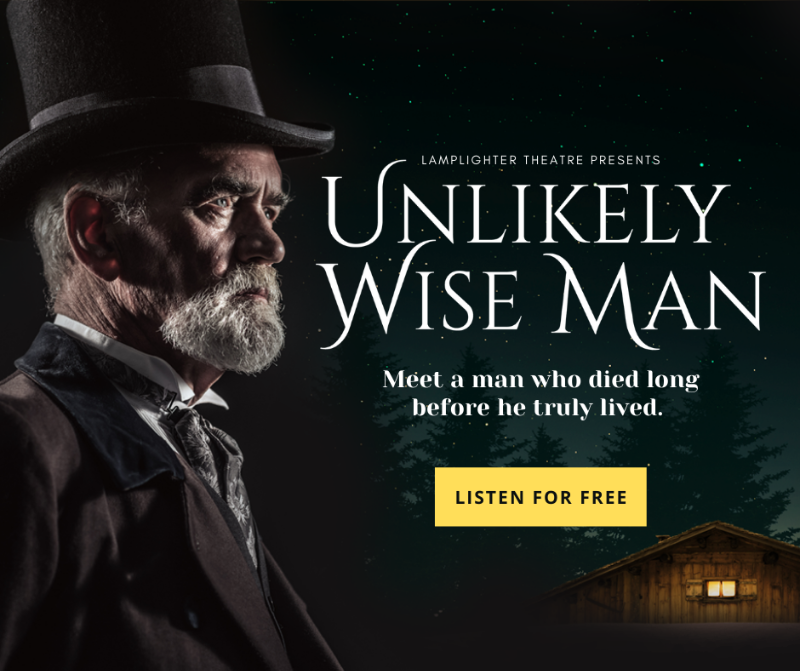 I play a Scrooge-like character in the audio drama, Unlikely Wise Man. It was going to be free until December 31, but last I checked it was still free.