Praying over the Hudson Theatre and announcing the 20th Anniversary performance of my play Five Bells for 9/11... 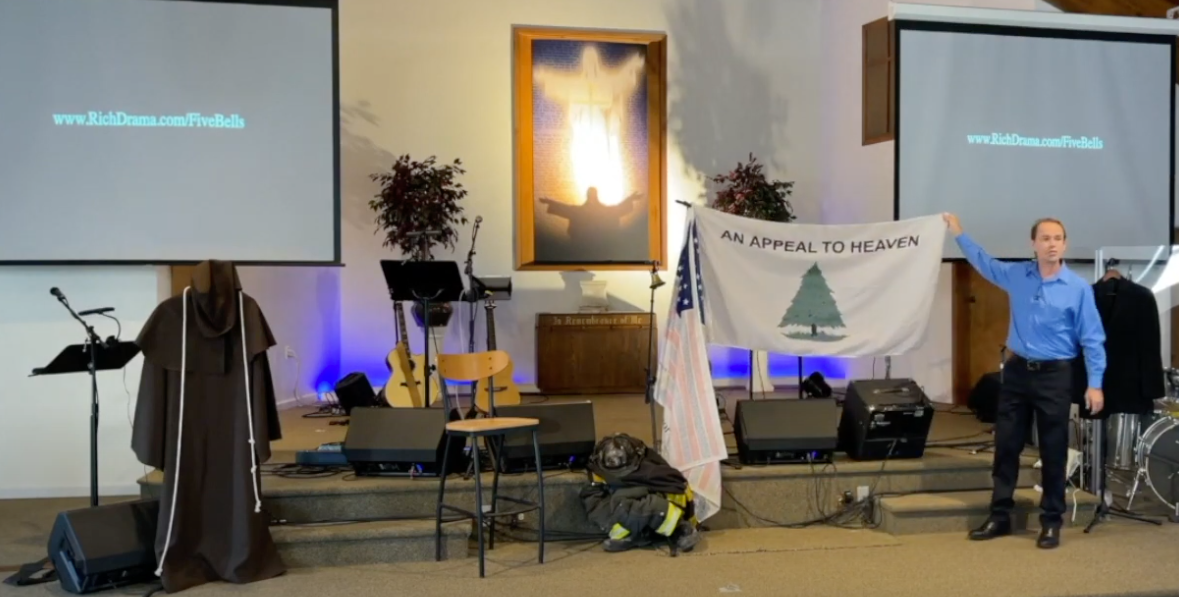 In my 20th anniversary performance, I told how the cast and crew of What's a Girl to Do? appealed to Heaven and got the great news that the three-year-old boy who was found drowned in a pool, came back from the dead! I got a text the day after this performance letting me know the boy is "100%": www.RichDrama.com/AliveAgain.