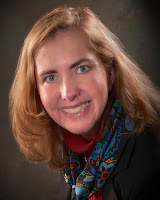 Joyce teaches on Matthew 25:1-13. I opened by talking about the Great Experiment. Prayer by Dr. Linda Warren. I also got to share about my intro and outro for Tales of the Resistance and Tales of the Kingdom. When I was performing in the George Fox College Players, each member of our drama troupe, was given a copy of the book Tales of the Kingdom by David and Karen Mains. It was incredibly meaningful to us at the time, especially since David and Karen spoke in our chapel at what is now George Fox University. The Mains' trilogy has been compared to The Pilgrim's Progress by John Bunyan and The Chronicles of Narnia by C. S. Lewis.

So I was just thrilled to get to perform the intro, outro and several radio spots for a Lamplighter Ministries' relaunch of the audio books Tales of the Kingdom and Tales of the Resistance, both narrated by David Mains. Click here, and select "Listen to Previews Here" to hear my intros to both books.

A Blessed Christmas to ALL! I was so blessed by Dr. David Andersen's talk at the Mastermedia Christmas party this year. He started by pointing out that the phrase "getting saved" is no longer in fashion. He thinks people don't like to think of themselves as needing to be saved, but he told how he wandered past some bullies and was beaten up when he was in grade school, and how grateful he was when some men in a restaurant across the street saw it happening and rescued him. He exclaimed, "It's GREAT to be saved!"

Then Dr. Andersen pointed out that Romans 3:23 shows us that "all have sinned and fall short of the glory of God," and Romans 6:23 shows us the sentence: "For the wages of sin is death..." In at least ten passages of Scripture we see it's not just a one-time death, but eternal punishment.

John 3:16 says, "For God so loved the world, that he gave his only Son, that whoever believes in him should not perish but have eternal life." As the angel said at his birth (Luke 2:10) that is Good News!

We've been so blessed to share this Good News through many projects in many places this year. Here are some highlights:

• On Epiphany (January 6) in NYC Rich performed Views of the Manger and we reported on our trip to Cuba.
• Rich did voices for four audio dramas: The Giant Killer, Tales of the Kingdom, Tales of the Resistance (all available now) and Escape from the Eagle's Nest (available for pre-order).
• We released one of my one-man plays online for the first time: www.RichDrama.com/BtC.
• Rich did numerous interviews about that.
• Rich performed in several films: "Living Word," The Farmer and the Belle, "All God's Children," and next week "RoboDad."
• Several films in which at least one of us performed were released: "Living Word," "A Matter of Perspective," "One Day," Courageous Love, and two episodes of The King's Messengers.
• Rich won Best Actor in a Short Film at the International Christian Film Festival for his performance in "A Matter of Perspective."
• We made our first short film: "Colonel Papa Cubano."
• Joyce made her film directorial debut ("Milk and Oranges") which Rich wrote.
• Joyce wrote a screenplay, to be announced soon!
• Joyce launched social media pages on Facebook and Instagram.


Though we taught and/or performed in 13 states and more than circled the globe (at least 28,000 miles of travel) this is the first year in our soon to be 20-year-marriage that I (Rich) haven't been able to perform or teach outside of the country. We've felt like that has been an important part of our ministry because of the Great Commission. So we decided to reach the world by giving a free screener of Beyond the Chariots to the first person of each nation -- outside of the US -- who posts the nation where they live at www.RichDrama.com/EveryNation. And... go!

Have a blessed Christmas, EVERYONE!

Here's Joyce's Christmas message from the start of Advent on December 3:

Enjoy this Christmas story from another angle, produced by Owen Hisle, who was a film student at the Rocky Mountain Christian Filmmakers Camp after he produced this. "Fulfillment" also stars Zack Lawrence, who directed me in the film In His Steps, and was a founding faculty member of the Rocky Mountain Christian Filmmakers Camp.

Click the image below, or if you received this in an email, go to www.RichDrama.com/Christmas2017. I'm very excited to be working with Light Symphony Productions again on this very creative project! I play a scientist who has developed a robotic father, and I'll also play the voice of RoboDad! We had great fun!

It won the top prize for the Fatherhood CoMission film contest at the Christian Worldview Film Festival, 2018.

Here's a behind the scenes video:

The last time I worked with this amazing team I was blessed to win "Best Actor in a Short Film" at the International Christian Film Festival.