The Art and Science of Online Auditions

Next week I'll be teaching at the Christian Worldview Film Festival Guild, and what follows is my notes for my class on Monday:

The Art and Science of Online Auditions
by Rich Swingle
www.RichDrama.com

[Find this sheet online with live links and things Rich thought of after this went to print at www.RichDrama.com/OnlineAuditions.]

There are no ready formulas for acting; it is an art, not a science. The actors' talent and creativity and how and when it blossoms and flourishes is ultimately mysterious. Acting, however, is a craft as well as an art. The actor can acquire tools and practice techniques that can strengthen or deepen their instincts, imagination and creativity; technique serves the imagination.
—Richard Feldman

The breakdown and sides for A Matter of Perspective can be found at www.RichDrama.com/AMatterOfPerspective. If we don’t have time to coach you on an audition today, please check www.AMatterOfPerspective.us after the Festival for instructions on… well, online auditions.

Finding Auditions
www.ActorsAccess.com
www.Facebook.com (Like the film and casting groups Rebekah Cook and I Like) I have a link to my groups at www.RichDrama.com/Tips.
Only a handful of my 20+ roles didn’t come through one of those two sources.
If you have other sources please post them at the bottom of www.RichDrama.com/OnlineAuditions.

Headshots and Résumés
I have a link to an article that will help you make sure these are right at www.RichDrama.com/Tips.

Getting Coached
Consider getting coached for your auditions. Patricia Mauceri, Michael Joiner and Rebekah Cook all offer Skype coaching. I have links to their websites at www.RichDrama.com/Tips.

Cameras
There are a wide variety of cameras, so I won’t list any. You can film with a camera phone if it has a good resolution and you have good light. Laptops also make great cameras. You should use the best camera you can use.

Mic
There are a great variety of pro microphones, but I’m only going to list the one I use: The Zoom H1. It’s $100 and does a great job. You don’t have to have a pro mic, but it will definitely give you better sound.

Memorization Helps
In an ideal situation you’ll have your lines memorized, but you should always bring your script to a live audition. For a taped audition you don’t want to look down, so you have options: PowerPoint or Keynote with a clicker (I use Kensington). Don’t forget to edit out those pesky clicks. A teleprompter, but off to the side of the camera. An ear prompter. Jeff Rose (see him this week in The Screenwriters and The List) uses this a lot. He uses "Instant Memory Systems."

Upload Options
The casting director’s preference if stated!
www.Vimeo.com (best because they have password protection)
www.YouTube.com (be sure to make it unlisted unless they specifically ask for it to be public)
If you know of other upload sources that can be password protected or unlisted please post them at the bottom of www.RichDrama.com/OnlineAuditions.

Even if it's a Christian project you'll still want to do your due diligence and seek the Lord's peace because there may be elements in the film you don't feel comfortable supporting.

In My Utmost for His Highest Oswald Chambers says, "Whenever there are competing concerns in your life, be sure you always put your relationship to God first." It may sound impossible to make a career in acting when there are so many projects out there that are propaganda for worldly wisdom. But I've been able to make a 20-year career in acting and applying acting concepts to the business world, and I've done my best to honor the Lord with all of my choices. I do a one-man play on John Woolman, who spoke against slavery a century before the Emancipation Proclamation. He was speaking to Quakers who owned slaves, but I think his words are just as true for Christians striving to honor the Lord with their skills: "The case is difficult to some who have slaves, but if such set aside all self-interest, and come to be weaned from the desire of getting estates, or even from holding them together, when truth requires the contrary, I believe way will so open that they will know how to steer through those difficulties." I've found the Lord faithful to provide for two decades, despite the narrow path I've chosen.

Our faculty for the class: 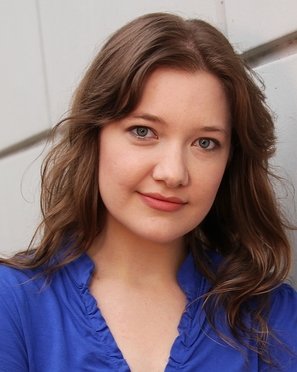 Mike Hill (www.LightSym.com) has been involved with video and film for the past 30 years specializing also in leadership and visionary planning. 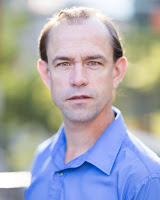 Rich Swingle (www.RichDrama.com) has been involved in the performing arts full-time since 1995. He’s performed and/or taught in over 20 films and in a dozen one-man plays in 39 states, five continents and 28 nations. He has taught in over 40 colleges and universities including an annual workshop at Princeton University.

Rich is teaching two more classes this week, and this week you can see him in The Screenwriters, Rather to Be Chosen and The Messenger’s Box and in two shorts on Joni & Friends by Mike Hill and the production team for A Matter of Perspective. You can see when and where they’ll play in your Festival program and at www.RichDrama.com/Schedule

Rich leads the acting component of the Rocky Mountain Christian Filmmakers Camp (www.ChristianFilmmakersCamp.com). When this went to print there was at least one spot still open for this summer’s acting camp. We have filmmaking and audio camps as well.

Rich is a board member for Christians in Theatre Arts (www.CITA.org), another great way you can connect with Christian performing artists.