I believe one of the reasons my faith has remained strong all my life is that every year on the anniversary of my grandpa's death in 1942, my grandma retold the story of how Grandpa saw heaven.  He died of spinal meningitis, but Grandma, one of the greatest prayer warriors I've ever known, begged the Lord to let him live, so she wouldn't be left alone with my 9-week-old mother, my 17-month-old aunt and an insurmountable debt. The Lord did bring Grandpa back from the dead, and he proceeded to beg Grandma to let him go back to heaven. "Hilda, I'll miss you and the girls, but it's so wonderful there! I've seen the Lord. It's far better to be with Him. He will give you another husband who will be a father to our daughters," he prophesied. "Let me go." Grandma continued to beg the Lord to keep him here, but about a week later, when she released him in her heart, he went Home to be with the Lord he'd seen when he had died.

In 90 Minutes in Heaven, Don Piper, played by Hayden Christensen (Anakin Skywalker in Star Wars Episodes II and III) begs the Lord to take him Home after he is prayed back to life by a friend, played by Michael Harding (Captive), who doesn't recognize him in his injured state. We see glimpses of heaven throughout the film, but we see it most vividly through Don's apathy for life back in this pain-filled world. He asks the Lord to take him back. "That's my Home," he pleads.

But an arc of hope begins when his father, played by Tom Key (artistic director of Theatrical Outfit and fellow performer of one-man plays), a three-war veteran whispers the greatest love into his son's soul. Then a mentor, who stepped out of retirement to fill Don's pulpit, played by Fred Dalton Thompson (Law and Order, 23 Blast), rebukes him for not allowing people to express God's love by serving him. Soon Piper gets a chance. Then we see light stream into his dark room (well lit by Denny Mooradian) and into his soul as he ministers to a teen in the next room going through the same painful rehabilitation.

His wife, Eva, played heroically by Kate Bosworth (Lois Lane in Superman Returns), asks Don what he thinks of the smaller single-story home she picked out to match their budget and his recovery. He's finally able to say, "I'm home."

Soon there are a stream of friends sitting watch on the Don Patrol, including Susan Long (Ashley Bratcher of Princess Cut) and Cliff McArdle (Michael W. Smith in his second feature film). "I can sing for you," he offers, and the Contemporary Christian Music icon does... in the sound track.

Eventually Don's able to tell his best friend and his wife what we've been dying to know more about as we journeyed through the hell of Don's rehab... about seeing heaven, something that felt too personal to share with anyone until his friend, played by Jason Kennedy (90201) helped him understand that sharing heaven's hope was one of the reasons the Lord brought him back to earth.

Three thousand churches have been inspired by Don's story as he's told it around the world, and now you can be inspired in a theater near you. I hope it does for you what Grandpa's story did for me as a boy.

If you're able to see it before opening weekend is over, I hope you can get out there and keep the momentum rolling from War Room's NUMBER ONE PLACE AT THE BOX OFFICE! As I said as the theater was emptying, "Next week: Captive!"

Christians should know:
It's rated PG-13 for intense accident and injury images 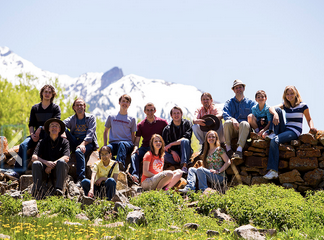