Have a Blessed Christmas! 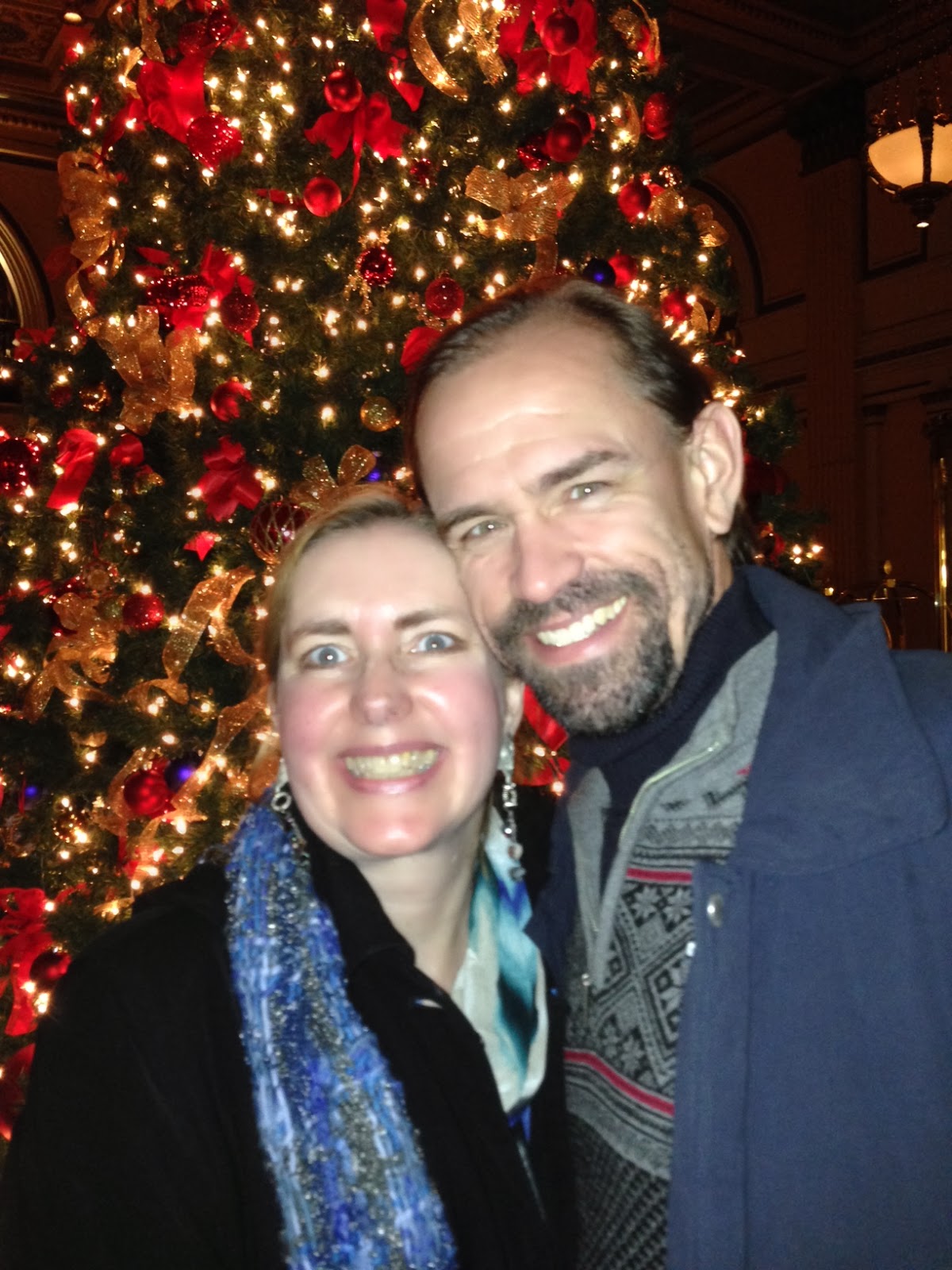 Every year that I perform Views of the Manger I'm so blessed to start immersing myself in the Christmas story early. This year my first performance was on December 1, so I started reading through the script early in November. But rather than getting tired of the theme, the impact of what the Lord did for us in sending His Son touches me on deeper and deeper levels as the day we celebrate His birth approaches.


This year I was asked to preach on Elizabeth. Joyce preached on Zechariah the week before. You'll have to listen to the sermons on my blog (Dec 15) to see why she got the guy and I got the gal, but we were both blessed to dig into their story of preparing the Way. As an opening illustration for my sermon I wrote a sketch which portrays Zechariah at the moment his voice returns after nine months of silence. Scripture says the first words out of his mouth were praise. The sketch shows what I think his next words might have been: telling his story of Gabriel's visit for the first time verbally. I hope others are as moved by the piece as I am. I haven't gotten through it yet without sobbing. I've now added it to the Views of the Manger lineup.

December 18 marked 20 years in New York City for me. You can read the first two entries in the journal I kept at the time, Farm Boy on Times Square. It blows me away to think of how that move as a 24-year-old opened the way for about 3,000 performances or workshops in over 40 colleges or universities, hundreds of churches and theatres, 39 states, five continents, 26 nations and more than 20 video projects that have reached out to people in countless nations. Thank you so much for your part in helping us share Truth in creative ways out across the land!

This year I added to the list with about 225 performances and workshops in 15 states plus Puerto Rico and Vanuatu. A highlight of the year was performing my play on Jonah with translation into Nafe, a language that is spoken by only about 4,000 people. Then, I preached a short sermon on Jonah which had been translated into Nafe. They then performed songs for us in English, Nafe, and Bislama, the language that ties the nation's 83 islands together. I'll never forget that trip.

I also performed in five other films in 2013: In His Steps, Polycarp: Destroyer of Gods, Confessions of a Prodigal Son, Creed of Gold, and Princess Cut.

This year was my last with a grandparent. I was honored to preach at Grandma Swingle's funeral. She lived to 97. For the last few years I was able to talk and pray with her once a week as my schedule allowed, and I know she's enjoying her first Christmas with Christ.

Joyce continues to serve as lead pastor of our church, Westchester Chapel. I've had some wonderful pastors over the years, but she surpasses them all... though I'll admit a great deal of bias. You can catch her sermons on our church's website, my blog and iTunes (search "Joyce Swingle"). Her ability to capture hearts and minds with the Truth of the Word continues to grow. She also continues to change lives through her counseling.

We realized the year almost slipped away without a honeymoon, so we're going down to Philadelphia the week between Christmas and New Years for our 17th.

These are just a few of the highlights of a full and fulfilling year. For those of you on Facebook you can see our top 20 posts for the year.

For 2014 we're looking forward to leading a team of performing artists to Sochi, Russia, for the Winter Olympics. In April I've been invited to perform and teach at an educators' conference held at The Rift Valley Academy in Kenya. My grandparents had served there, and my mom and aunt attended school at that academy for about six years. We have invitations in South Africa, Malawi, Zimbabwe, Uganda, Rwanda and Nigeria. We'll get to as many as possible. For more information, and to support this trip, visit www.RichDrama.com/Africa.

Have a very blessed Christmas, and a bright New Year!
Rich and Joyce

P.S. If you didn't get this in your inbox, you can subscribe to future updates at RichDrama.com/Updates.