Roger Nelson was one of my greatest sources of inspiration for spending the past 18 years performing one-man plays. He shared his one-man play The Confession of St. Patrick at our church this morning. You can see excerpts of the play below, preceded by my introduction. Pastor Jim Warren opened and closed the service. Guitar background by Bill H.

Roger's products can be ordered at A1ManPlay.com. 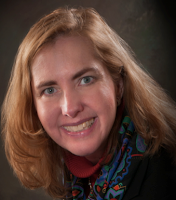 
Grooveshark is a third party source. If you listen on their website you will encounter advertisements, none of which are vetted or endorsed by Westchester Chapel. We encourage you to click Settings, then Preferences, then check the box for "Only show me family-friendly themes." If there are still ads that you find offensive we encourage you to click the "Report Ad" link below the ad.  Photo courtesy of NicolettiPhoto.com.

In His Steps premiere

I play the role of John Gray, the owner of the White Cross Kitchen, in the upcoming film In His Steps.The film will premiere in Montrose, Colorado, on December 7. It will be available on DVD December 3, and can be preordered now.