This year marked the fifteenth year of the MasterWorks Festival theatre program, and we celebrated with our second trip to New York City!

Our play, Twelve Angry Jurors, allowed cast members to stay in character every second of the show. We set it in the round so audience members felt like they were right in the jury room.

Patricia Mauceri (Juilliard trained, she's shared the stage and screen with Johnny Depp, James Earl Jones, Christopher Plummer and many others) returned for her ninth consecutive year to co-direct the play. She was also on the directing team for The Cross and the Switchblade, which we saw at the Mark Hellinger Theatre, a Broadway house now run by Times Square Church.

Susan Somerville Brown (CATS on Broadway) returned to our faculty after taking a year off for her family. Her ebullient personality had our whole company bubbling over once again. 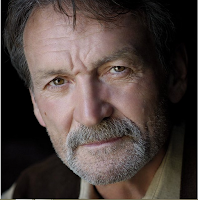 Our MasterClass instructors were led by Muse Watson, who has 82 titles in his filmography. He was a regular on NCIS, the number one television show in America, and performed with me in A Christmas Snow, which was why he was kind enough to coach our actors via teleconference. After he was done he said, "I saw more talent in the last 45 minutes than I have in the last month in Hollywood."

Next was Roger Nelson, who performed much of The Confession of St. Patrick during a Sunday morning service. During the faculty recital that night he performed a brief excerpt from The Man from Aldersgate, about John Wesley. Roger was the second person I ever saw perform a one-man play. The first was Curt Cloninger, who was a MasterClass instructor a couple of years ago. I saw Roger perform Aldersgate in Vancouver, BC, at a Christians in Theatre Arts event, and that performance was one of the things that tipped the scales for me deciding to move to NYC. Then, once I'd moved there, Roger performed St. Patrick in NYC and let me shadow him through the prep and teardown process. He answered all my questions and told me what year it was that he became a full-time actor. He inspired me to quit my day job, and now I haven't had a 9-5 since '95, and I've never looked back! It's my prayer that his performances, his clear presentation of the Gospel (one student said all the music that came after his presentation of the Gospel had a deeper meaning for her), and his testimony and MasterClass coaching will inspire a new generation of actors for Christ.

The morning after arriving in NYC we had breakfast with over a dozen professionals in the media and performing arts, most of whom were members of Mastermedia. Among them were actress Shannon Moore and Faith Reel, Director of Admissions and Outreach for Actors, Models & Talent for Christ. The professionals introduced themselves, and then we opened it up to questions from our students. They spoke mostly about what it's like to live and work as a Christian in this city and industry both known for being tolerant of everything but Christianity. My sense was that the professionals came away as encouraged as the students, hearing story after story of God working in the lives and careers of those who put Him first.

That night we put together a unique evening of entertainment. Our students opened with some comedy improv, followed by Jeannie Ortega, a singer who used to open for Rihanna. Jeannie wove her testimony into a beautiful concert, and after she was finished our students did an enacted praise and prayer for how the Lord worked in her life and will continue to work through her to bless many. After a brief intermission Broadway performer Stephen Trafton performed the Book of Philippians. The way he set it up and delivered it was masterful. Afterward we did an enacted prayer showing the Lord how we'd like him to continue to use Stephen's gifts and the letter from two millennia ago to impact the world today.

You can hear our reports about MasterWorks at our home church, Westchester Chapel, below:

Here's what some of our students said about the program this year:

I must say MasterWorks was so amazing and life changing. I gained awesome new friends, grew in my acting, learned a ton, got to perform Off-Broadway in the city I've always wanted to go to, and most importantly I grew closer to God in ways I never imagined. Definitely the best four weeks of my life so far.--Christina Doerr Lafayette, IN

When I was going to come to MasterWorks, I was expecting either very strong Christians, or fabulous actors. I never expected to receive both!--Cody Arn Bryan, TX

I’m thrilled that we’ll be heading back to New York next summer!