How Cliff married the family

In 1942 my grandfather, Jimmy Ostema, the first husband of my grandma, Hilda Triezenberg, had taken a trip to Chicago, which was almost 200 miles away from their home in Charleston, Illinois, to show off his newborn baby, my mom, Judy, to friends and relatives. On that trip he got sick, and his temperature rose to 108 degrees. 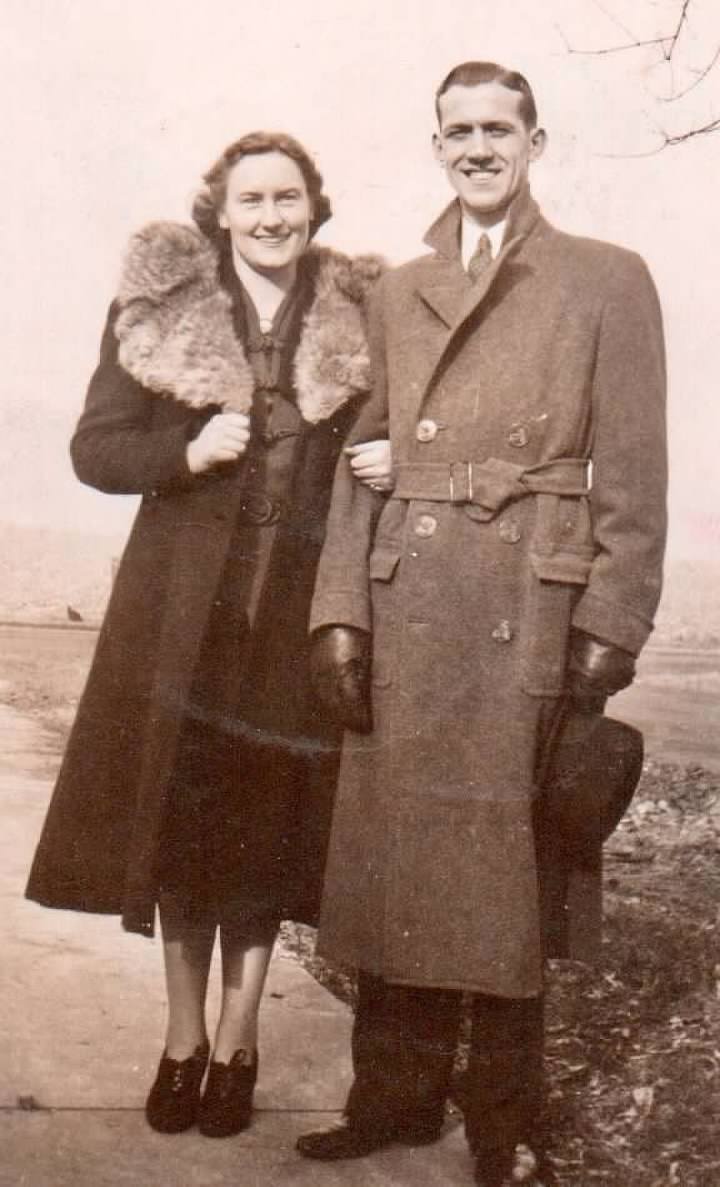 Their daughter Jeri, who was 17 months old, was singing to her father, but she and Judy, 9 weeks old, were both pulled away from him for fear that they contract spinal meningitis, the source of his illness. Hilda begged the Lord to keep her 26-year-old husband alive to help her raise their two daughters. Hilda asked the Lord how they could ever crawl out of $600 of debt, which would have been almost $10,000 in today's economy, if Jimmy didn't get better. But he got worse. On October 29 his heart stopped beating, and he was declared dead. Hilda was sobbing and sobbing and still praying when he came back to life! He said, "Hilda, I'll miss you and the girls, but it's so wonderful there! I've seen the Lord. It's far better to be with Him. He will give you another husband who will be a father to our daughters. Let me go." He lived another week, but Hilda eventually told the Lord she trusted Him to take Jimmy home.

At the funeral many expressed their grief for the family by slipping Hilda money. Every year on October 29 Hilda would sit her girls down and tell them about their father. In the same way the people of Israel celebrated passover every year so that each generation would remember the Lord's protection and deliverance long after they begged Him to stop talking to them directly, Hilda told the girls about their father's love for them, about how he would play his trumpet to draw people to their Bible Center so they could understand their Heavenly Father's love for them. She told them about his glimpse of heaven, about how they counted up the gifts from Jimmy's funeral on their bed, and about it all adding up to $600. It was exactly what they needed to escape debt!

When my brother Bob and I came along, Grandma would tell us those stories, too. There were many times that she would tell us how the Lord would guide her by providing an exact amount needed for a ministry endeavor to which she felt called, and that intimate language she shared with the Lord was first spoken and understood at her husband’s funeral.

When she was only three years old, Jeri shared these amazing truths on Moody Bible Institute's radio program. Hilda and Jimmy had met while students at Moody. Cliff Miller had attended the school at the same time, but they hadn't known each other well. The station received numerous calls from people who had given their lives to the Lord because of the young evangelist.

Jimmy's father, a retired minister, was invited to shepherd the small congregation of the Bible Center in his son's absence, but on his first Sunday he told them that he knew of a young Moody Bible Institute graduate who was working on his masters degree: He recommended Cliff Miller to fill the pulpit as an interim preacher.

Meanwhile Hilda and the girls went to live with their widowed grandfather. A little over three years later he remarried, and Hilda thought it wise to re-empty her father's nest. She found a place back in Charleston. She was told about the young man now preaching at the Bible Center.

Here's Cliff's description of how they met from his memoirs:


I was speaking... one Sunday morning early in 1946 when a young woman with two little girls came through the front door. After the service I went to the door to greet people. One of the little girls (Geraldine) grabbed my leg and announced to her embarrassed widowed mother that she wanted a daddy, too! Well Geri* probably started something..."

So on September 28, 1946, Cliff married the family, fulfilling the promise the Lord had made to Jimmy. 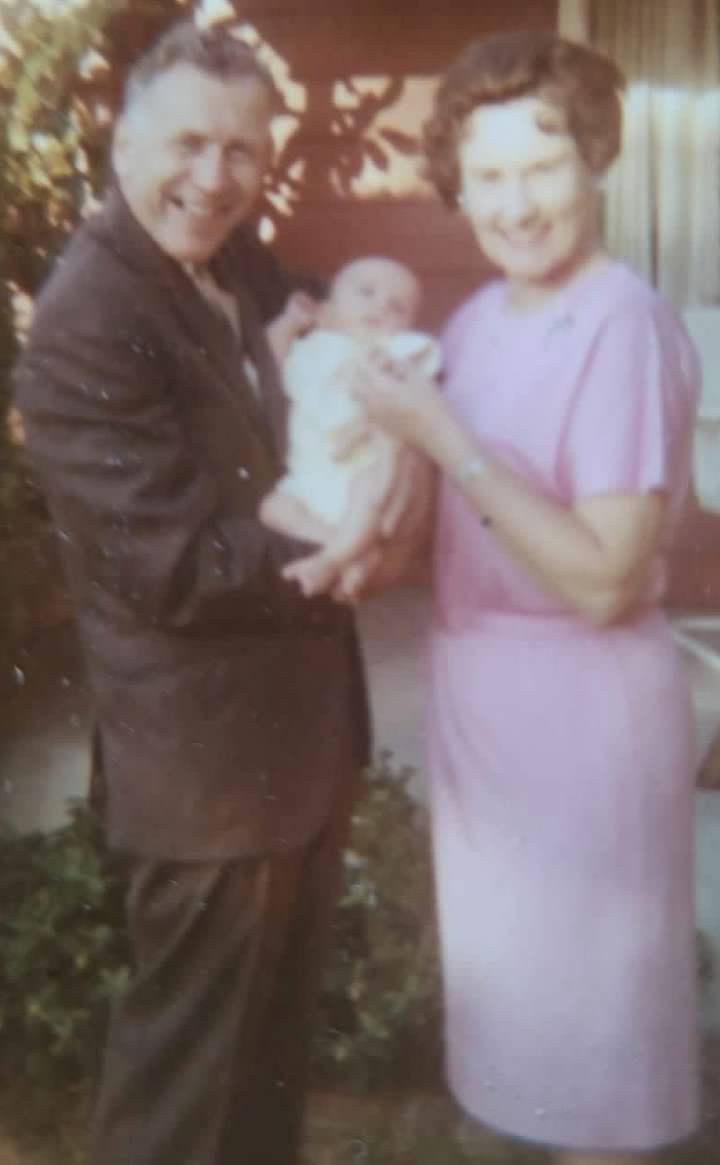 I started hearing this story when I was the age I was in this photo with Hilda and Cliff, but Grandma went to be with the Lord in 1988, and I haven't heard or told this story on the anniversary since then, so far as I can remember. But on October 29, 2021, the tradition was rekindled in a big way, when this article was republished on www.HeadlinePrayer.org! Here's the direct link: Prayer Can Bring the Dead Back to Life!
On September 4, 2021, I was working on the sitcom What’s a Girl to Do, and we got word that a three-year-old had been found in a pool and declared dead. We were four hours and twenty minutes behind schedule, but we prayed for forty minutes. During that time I shared this story about my grandfather coming back from the dead. At a certain point the show runner, Janet Porter, architect of the Heartbeat Bill, pointed to me and said, “Rich, pray this family will celebrate September 4 as the day their boy came back from the dead!” I prayed into that, and moments later someone on the team sensed it was time to start praising, which we did. Moments later a cast member came running down the hall yelling, “He’s ALIVE!” A few days later I got a text saying, “He’s 100%!” There were no complications! Praise the Lord!
You can hear me telling that story days after it happened at www.RichDrama.com/AliveAgain.