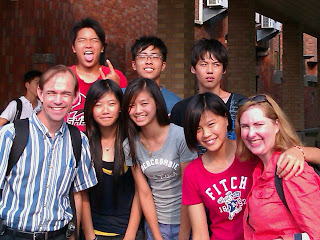 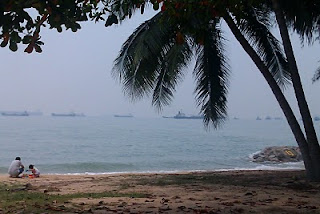 I'm sipping a coconut under a palm tree watching hundreds of ships go in and out of the busiest harbor on earth as I recuperate from our wonderfully busy schedule in Taiwan and recharge for performances here this weekend: http://itinerary.richdrama.com .

Meditate on the Word 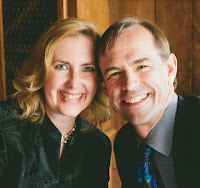 Joyce got to preach this morning on Psalm 1 at the House of Blessing Church in Taichung, Taiwan. 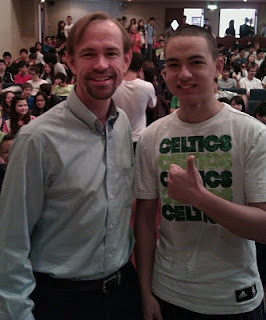 James' grandfather, the great-great grandson of Hudson Taylor, saw Beyond the Chariots three times on our different trips to Hong Kong. You can read more about him here.

We were delighted to connect with James throughout the week and to pray with him tonight.

Can't wait to see how the Lord uses your willing heart, James! We'll be praying for you!

An amazing start to our adventures in Taiwan

It has been so clear to us that people are praying for this journey by the timing of the entire day! Every place we went the bus was ready to go within five minutes of us getting there! That morning we got our directions based on the wrong airport, thereby putting us at a station we wouldn't have gone to to catch our bus to our hotel, but that was exactly the station we needed to catch a free shuttle to Taipei 101, the second tallest building in the world: a perfect place to prayer walk the entire city in a matter of minutes. One bus that was supposed to come in 10 minutes came in 1, while I was buying water, but the next was right behind it, and we loaded within 5 minutes of my return. That bus happened to be the one that English speakers boarded just before we needed to disembark, and they were able to confirm where to get off.

We were remarking that every time we messed up, the Lord used it for the good.
Then, when we checked in at our hotel they told us that our reservation was at a hotel in Taipei, not in Jinshan where we had just arrived! The hotel where we stood had only one room available, and it was about $1500/ night more than the room we'd already paid for. Don't worry, that is in Taiwanese dollars, and they didn't charge us for the increase since the two hotels were connected. We chose the site because it is on the beach AND has hot springs, so I'm not certain how the website put our reservation at the other hotel! Our room was usually more expensive because it had it's own hot springs. Once we arrived, we couldn't figure out how to make the water hot, so we were on our way to ask the front desk when we struck up a conversation with a family that spoke a bit of English. They ended up taking us to a night market, one of the things we'd hoped to do! Upon returning to our room the hot water in the hot springs worked! We gave the family a link to a page I set up this morning just for them to download the Eric Liddell documentary I worked on.

The timing of this morning just capped it all off! I went for a swim in the ocean and had some of the best waves I've ever body surfed. Upon reaching the shore they closed the beach. I guess the waves were so good because there's a typhoon out at sea!

As I write we're riding through some beautiful, lush, mountainous countryside, praying for this whole amazing, 100 year old (this year) nation.

We're now at Morrison Academy and are in the middle of Day 2 for Spiritual Emphasis Week: http://itinerary.richdrama.com. 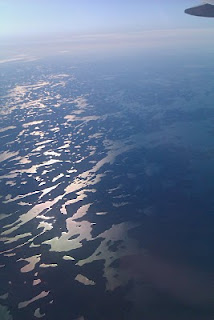 Joyce and I are flying over the northernmost Canadian province en route to Taiwan to lead the Spiritual Emphasis Week at Morrison Academy in Taichung.

I'll be performing Beyond the Chariots at Joyden Hall at Iluma (near Bugis Junction) on 1 October at 7.30 pm.


It's by invitation only, so if you missed the note I sent out please message me on Facebook: Facebook.com/RichSwingle and I'll make sure there's a place for you.
Rich

I opened worship at Westchester Chapel this morning.

Shortly after those tragic events that changed the world, I took a workshop put on by the Billy Graham Association empowering lay people to counsel those who were traumatized. One of the things they told us was that it's important to bring events back to our memories, especially when we can find positive memories that were there, too. That's exactly what Five Bells for 9/11 does.

The play tells the stories of three people that were directly impacted: Bruce Van Hine, a fire fighter for Squad 41 in the FDNY; Lana Ho Shing, a mutual funds specialist for Morgan Stanley, and Father Brian Jordan, a Franciscan priest at the Church of St. Francis.

Ann Van Hine, the wife of one of the characters in the play said, "We shouldn't be coping, we should be hoping." It is my deepest desire that this play will bring hope and healing to those who experience it.

If you're in or near the city I hope you can join us. Or if you know of someone that would be encouraged by it's message please invite them.

It will be performed at 400 W 43rd St at the corner of 9th Ave. Tell the security guard that you're there for an event in The Ellington Room. The play will begin at 8pm. There is no charge and no offering will be collected.

The play will also be performed at the home church of Bruce and Ann Van Hine on September 9 at 7pm. For more information click here. 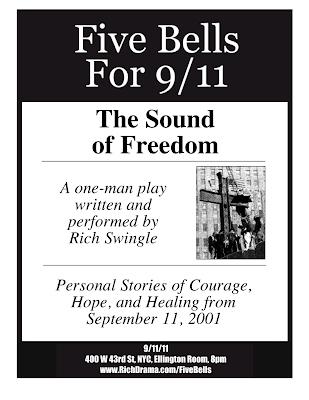 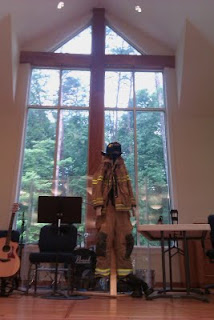